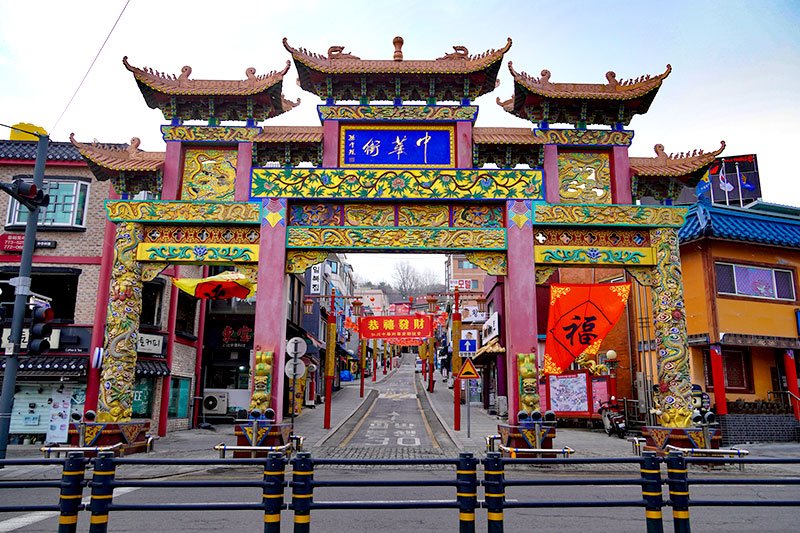 Incheon’s Chinatown was established in 1884 following Incheon’s designation as a territory of Qing China in 1883. As waves of Qing Chinese settlers moved to the port in search of work, the town became a popular hub for Chinese culture and food. Nowadays, Chinatown is home to many 2nd and 3rd generation Chinese and attracts visitors from all over Korea with its historical status and preserved culture and remains as the only officially designated Chinatown in all of Korea! Visiting Chinatown makes for a perfect and easy day trip. Here are some of the things you can do: 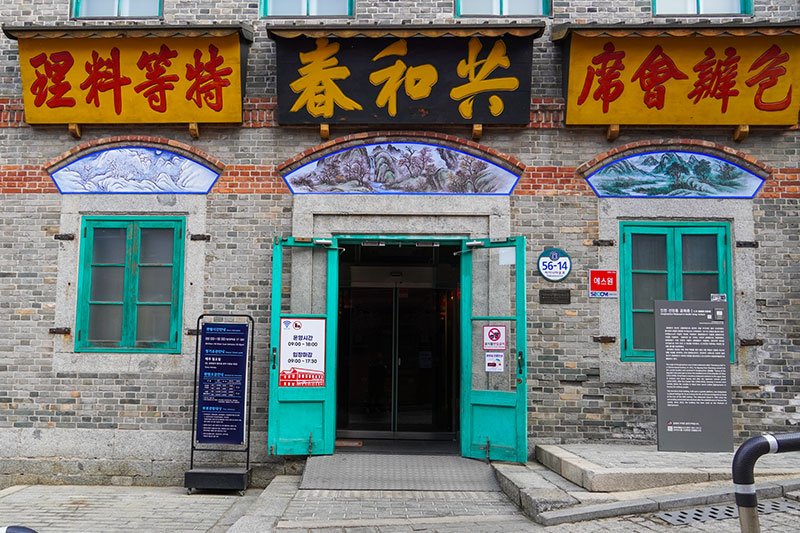 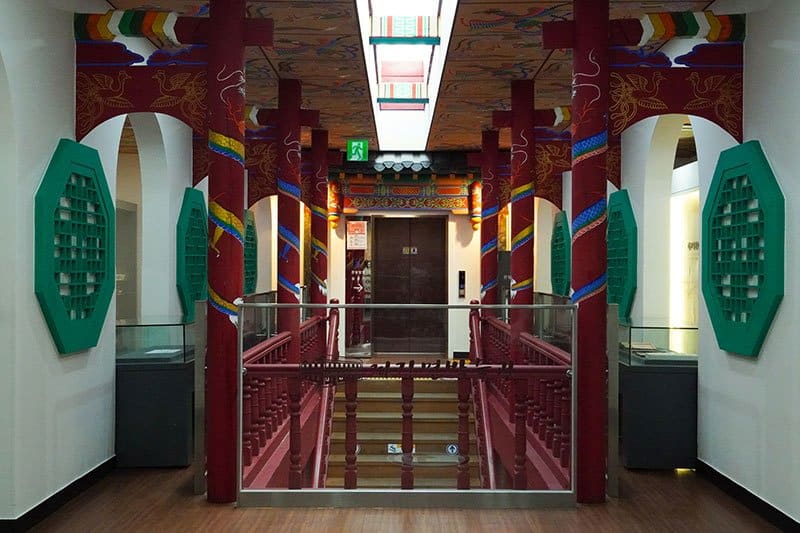 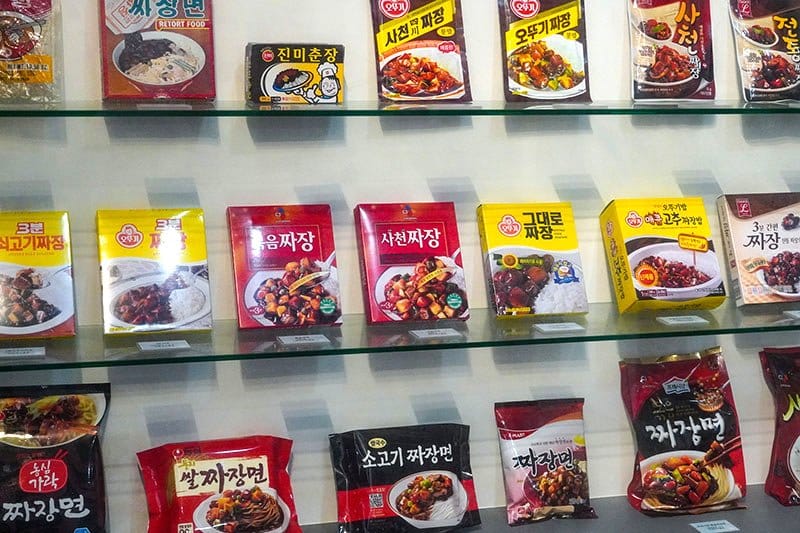 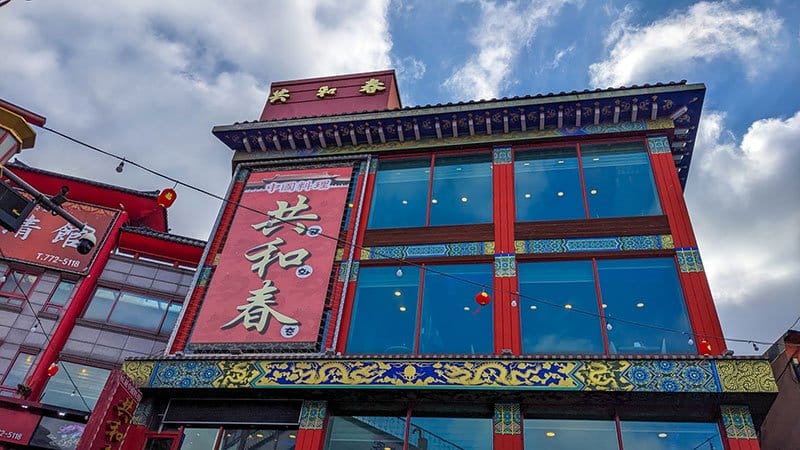 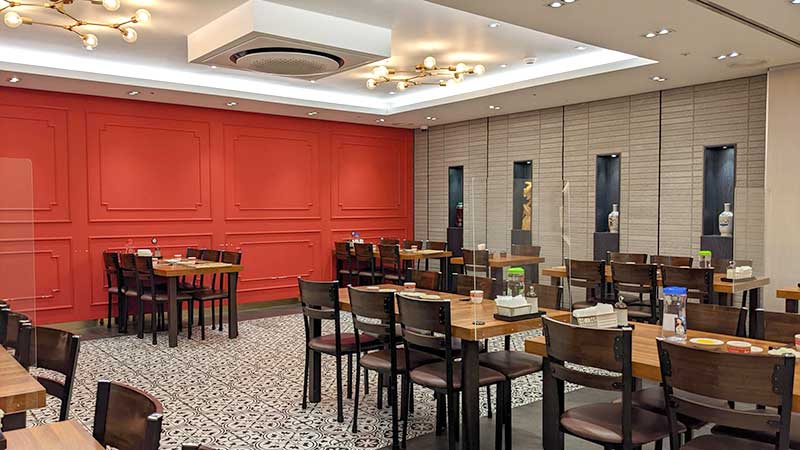 As mentioned above, Gonghwachun is recognized as the birthplace of Jjajangmyeon. While the original Gonghwachun closed in 1983, it later reopened at a new location just a few buildings away! The new building is an impressive 4-stories tall with a bright red exterior. After building up your appetite for Jjajangmyeon at the museum, head over to Gonghwachun to try their Jjajangmyeon for yourself! You can also stop by Simnihyang, a popular frontside store selling brazier-baked dumplings made in a traditional Chinese pipkin cooked at 200 degrees! 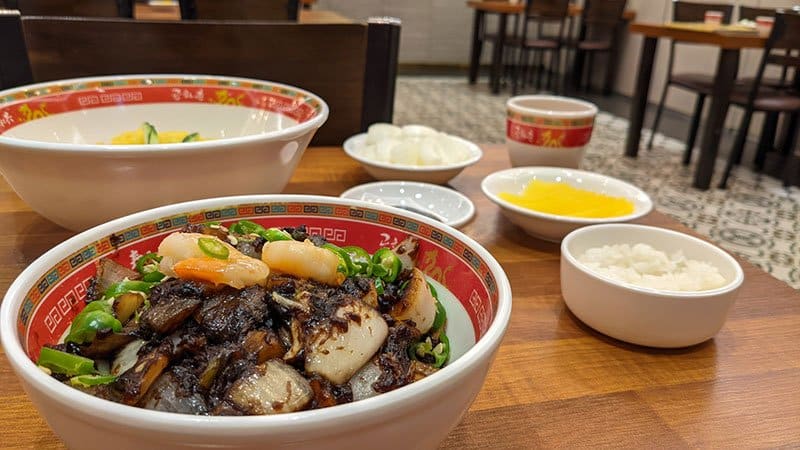 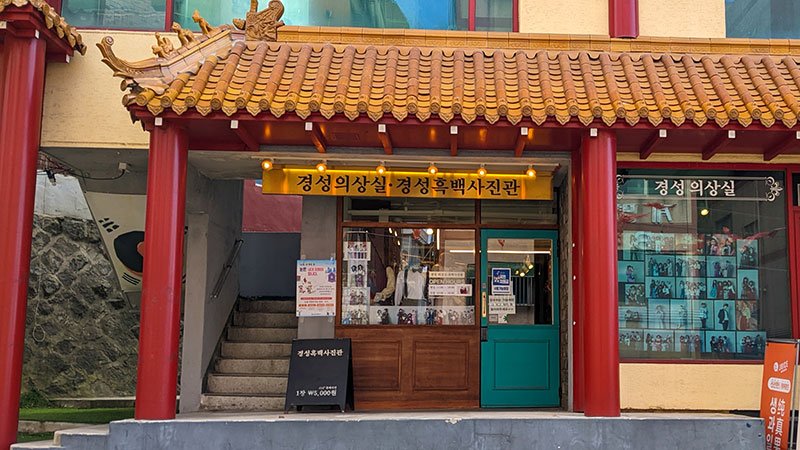 For a fun activity to do with friends or a partner, head over to Jang Boutique! At Jang’s, you can rent out both men’s and women’s 1900s vintage-inspired outfits including dresses, hats, bags, and accessories. Prices range from as little as 15,000 won for 1 hour to 50,000 won for 2 days. After getting dressed up, roam the streets of Chinatown and take fun pictures in your new looks! The boutique even has a 1900’s inspired decorated room for taking selfies and offers in-house photoshoots: 5,000 won for a black and white photo or 8,000 won for a colored photo. 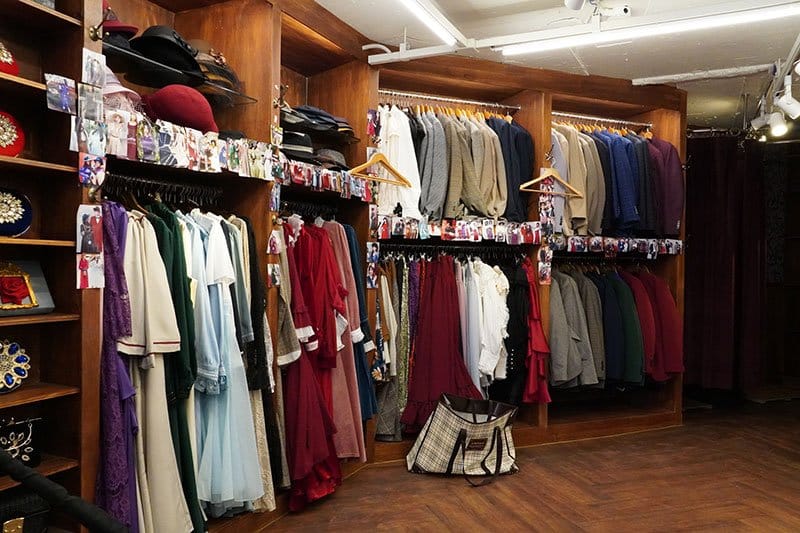 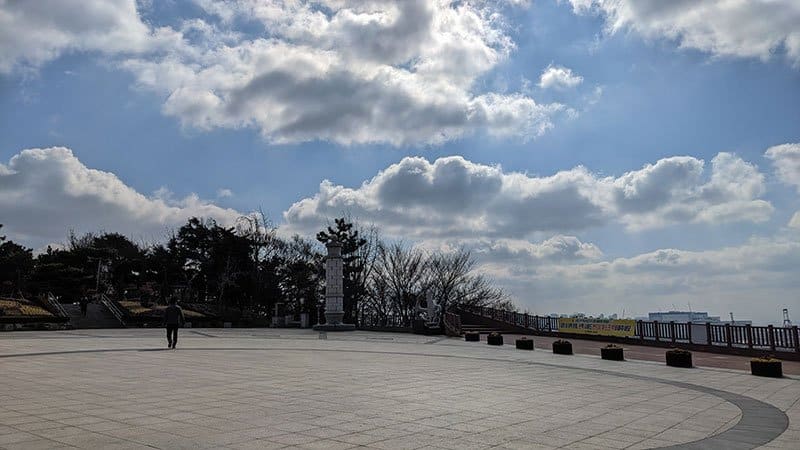 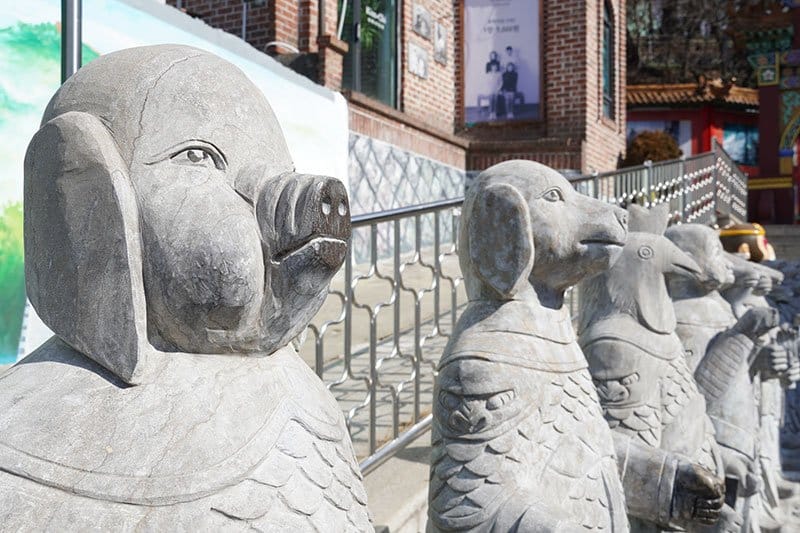 Known as the first Western-style park in Korea, Jayu Park (or called Freedom Park) was built five years after the opening of Incheon Port in 1883. Leisurely walk along the paths full of trees and get an amazing view of Incheon’s harbor below. 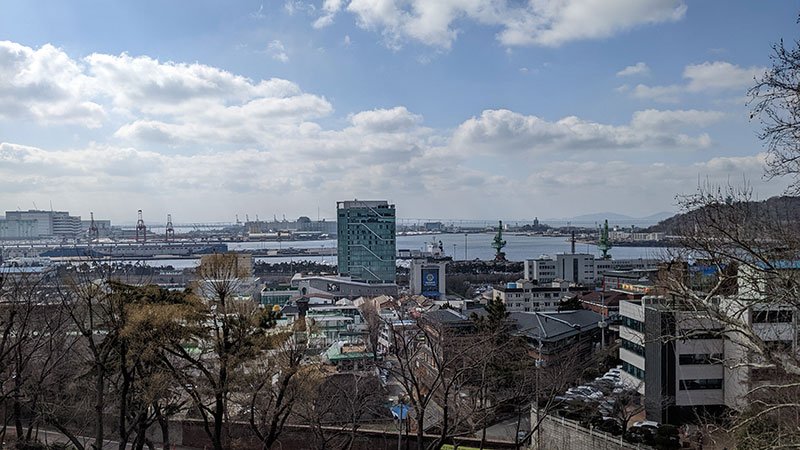 At Jayo Park,  visitors can also view the USA Centennial Monument and Douglas MacArthur statue. The USA Centennial Monument was built in 1982 to commemorate the 100th anniversary of diplomatic relations between Korea and the U.S. following the Battle of Incheon. The Battle of Incheon, also known as Operation Chromite, was a strategic move done by the U.S. under the leadership of MacArther during the Korean War. While MacArthur was initially criticized for wanting to port at Incheon, the move ended in Seoul being recaptured from North Korea and turned the tides of the war back into the favor of the United Nations. 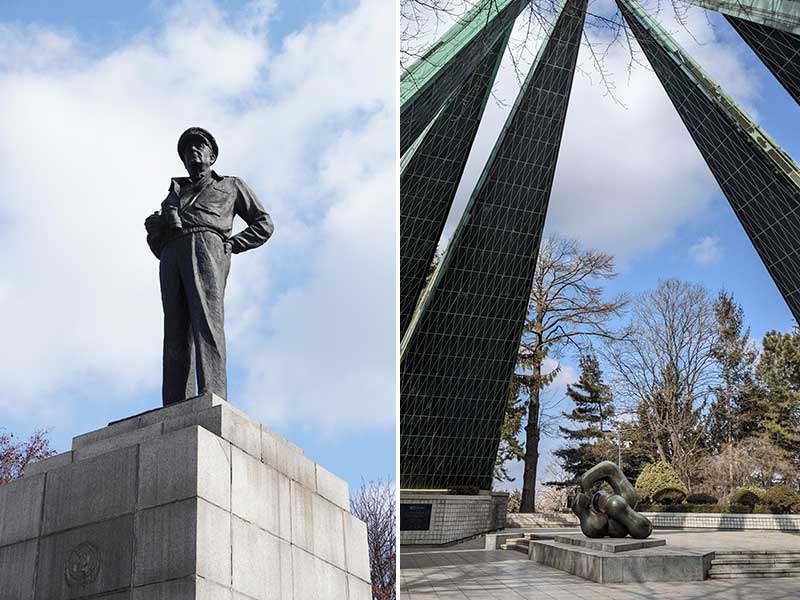 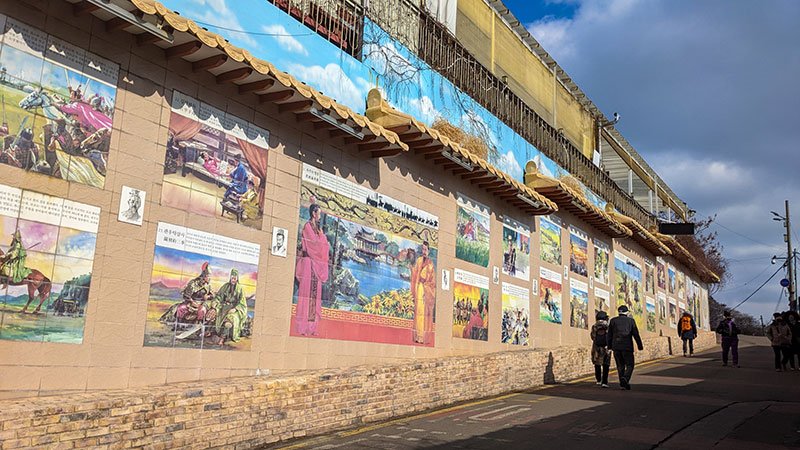 Along the walls of Samgukji Mural Street, you can see 160 painted pictures depicting important moments from the Three Kingdoms Period in China. Popular stories depicted on the walls include tales of the Do Won Resolution and Jeokbyeok War.

6.)    Climb the steps of the Historical Cultural Street 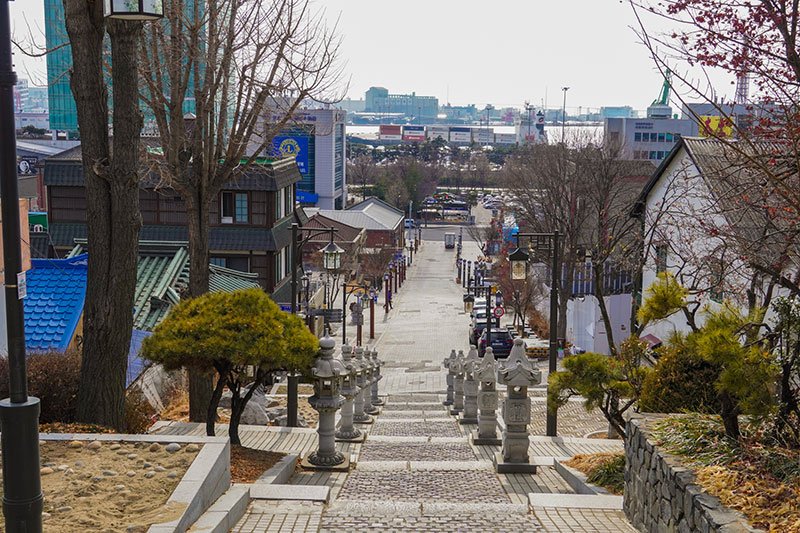 After walking up the Samgukji Mural Street, turn the corner and head back down for yet another interesting piece of history. After Japan’s concession in 1883 and Qing China’s concession in 1884, a staircase was established as a border between the two settlements; Chinese-style buildings were made on the left side of the stairs while Japanese-style buildings were made on the right. The difference in styles can even be seen in the lanterns lining the path: the Chinese side has more geometrical designs while the Japanese side has more curved ones. At the top center of the steps you can also view a statue of Confucius. 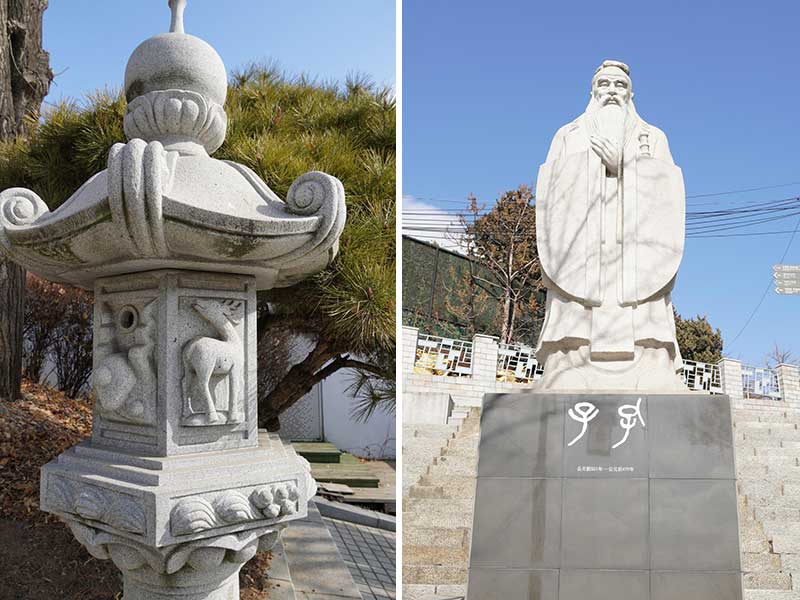 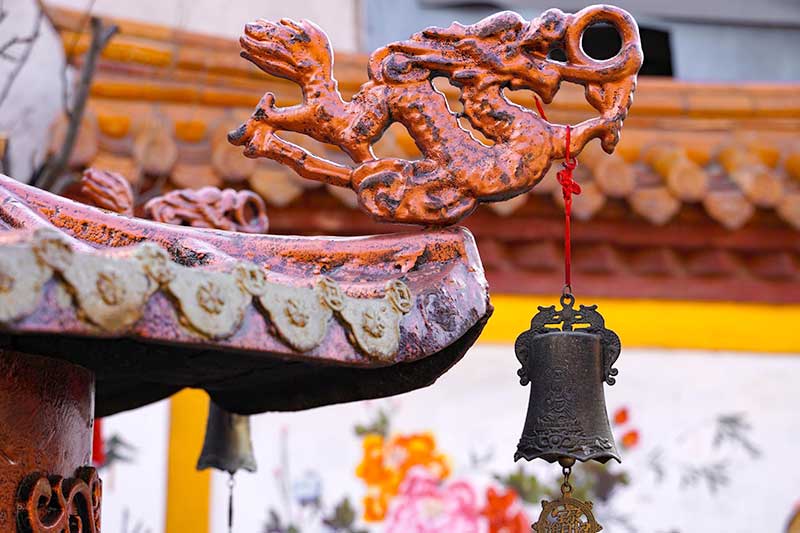 Uiseondang is a small Chinese shrine initially established in the 1850’s by Chinese immigrants to bring them good luck and prosperity in the new foreign land. After the Korean War, the temple was turned into a shamanistic bagua educational center before being renovated in 2006 through the funding of the Chinese people and government. 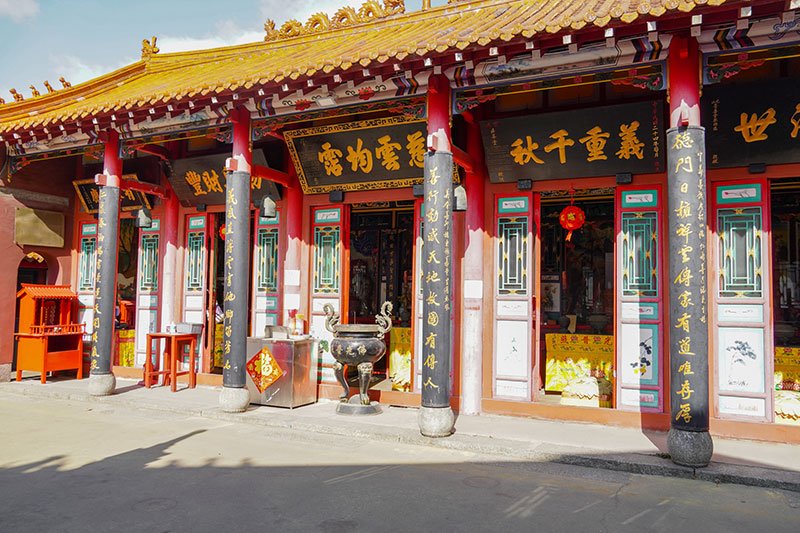 There are five statues inside the shrine: a Guan Yin Bodhisattva statue looking out over those deceased; a Guan Yu statue that is supposed to help you earn money; a grandmother statue who answers prayers regarding offspring; a grandfather mountain spirit statue that protects those traveling and on mountain treks; and a dragon statue that watches over boats going to China. Uiseondang is easy to miss, so just be on the lookout for the mural outside its walls! 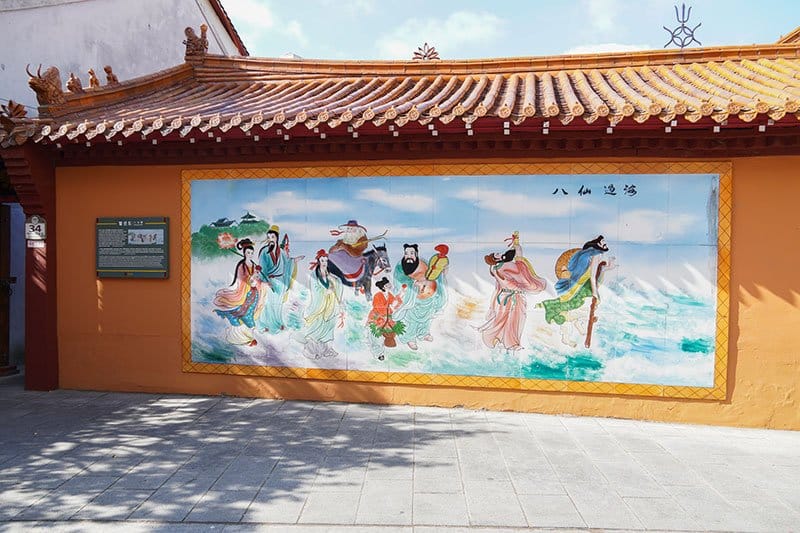 8.)    Unwind with some tea and coffee at Café Akira 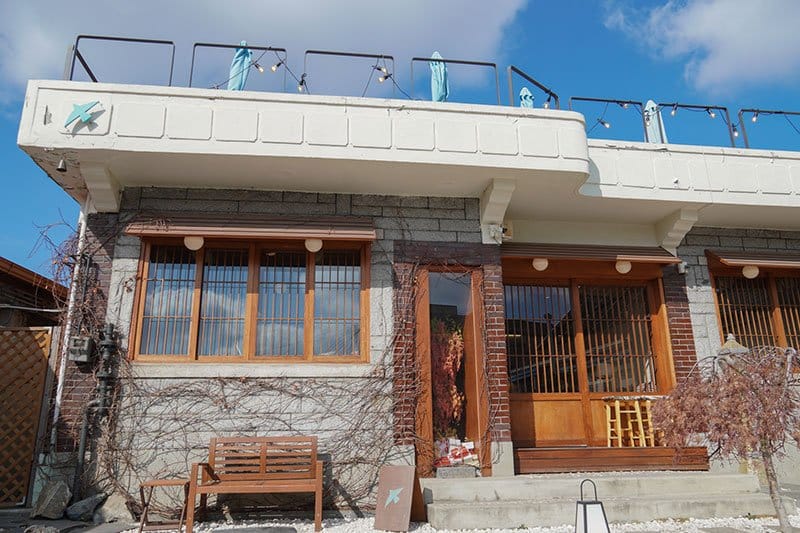 When you’re ready for a break, head on over to the trendy Café Akira for some tea, coffee, and dessert. Tucked away in a small side alley, Café Akira is a Japanese-style café that has been growing in popularity over the last couple of months. Featuring a simple and cozy but modern aesthetic, Café Akira is the perfect spot to relax and snap some insta-worthy photos. Furthermore, their drinks are delicious. Try out one of their special teas such as the Kyoto Iced Tea with a blend of apple, rooibos, and lemon, or the Tokyo Momo with blended hibiscus and peach. 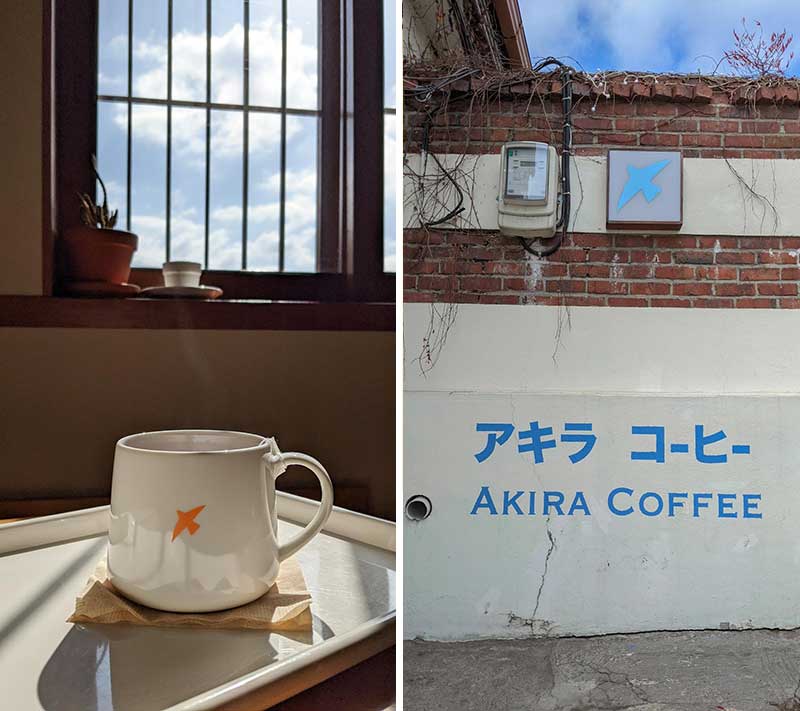 With good food, great sights, and a unique history, Incheon’s Chinatown makes for an exciting and easy day trip. After you’ve finished wandering Chinatown, head over to Incheon’s Fairytale Village or Gaehang-ro street for even more adventures! Happy travels!