My amazing trip to Ulleungdo island and Dokdo

During the Chuseok holidays I got the lifetime chance to visit Ulleungdo island and the disputed island Dokdo! Ulleungdo island is not like any other island in Korea. Due to its remote location it features a lot of traditional culture and wild nature. Not even many Koreans have ever been to Ulleungdo island.
Our trip started with an overnight bus ride to Gyeongju where we could spend one entire day exploring the ancient city.

First we went to the Bulguksa temple site which is one of the biggest and most impressive buddhist temples in Korea. 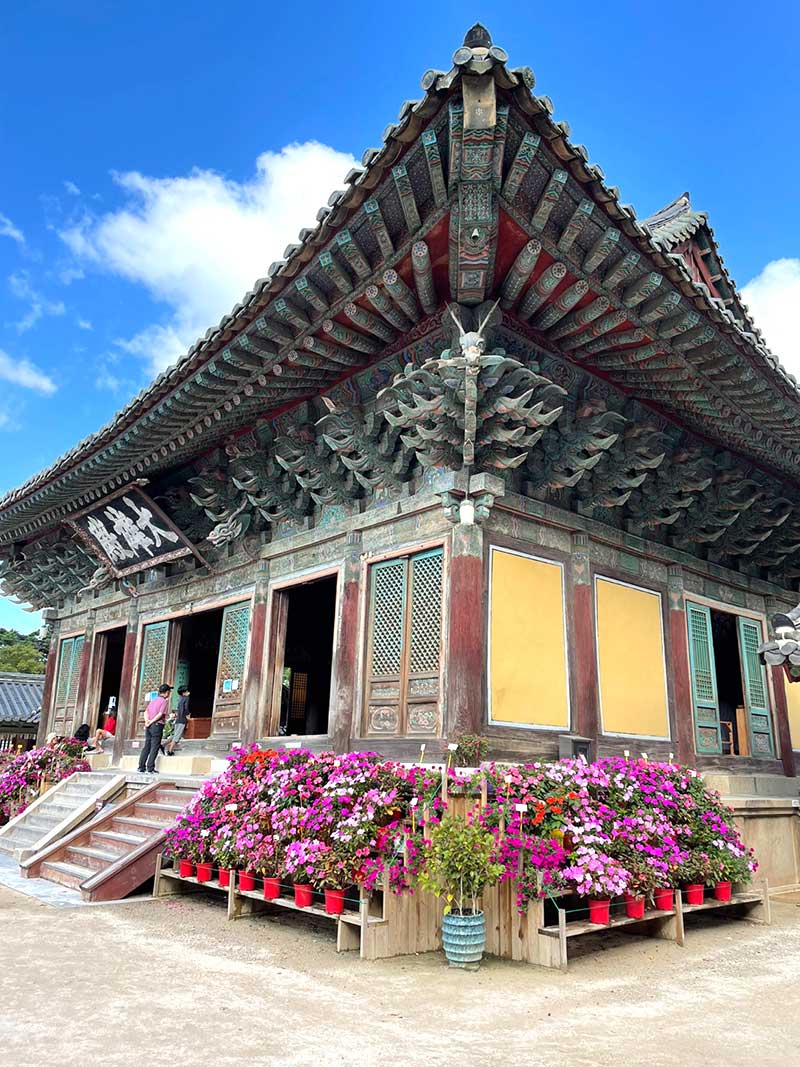 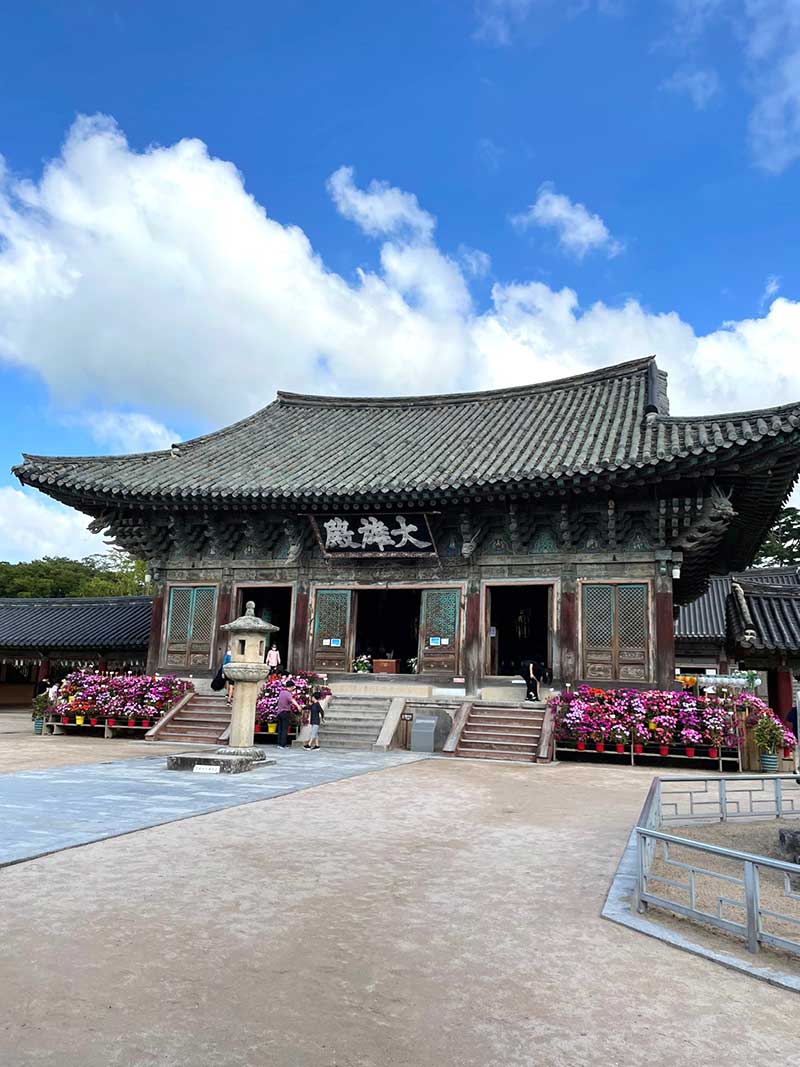 After strolling around the temple site we went to the inner city of Gyeongju where we could rent a bike and explore the treasures of the city by ourselves. Adventure Korea even organized a competition. The person who visits the most sightseeing locations could win a prize. What a cool idea! 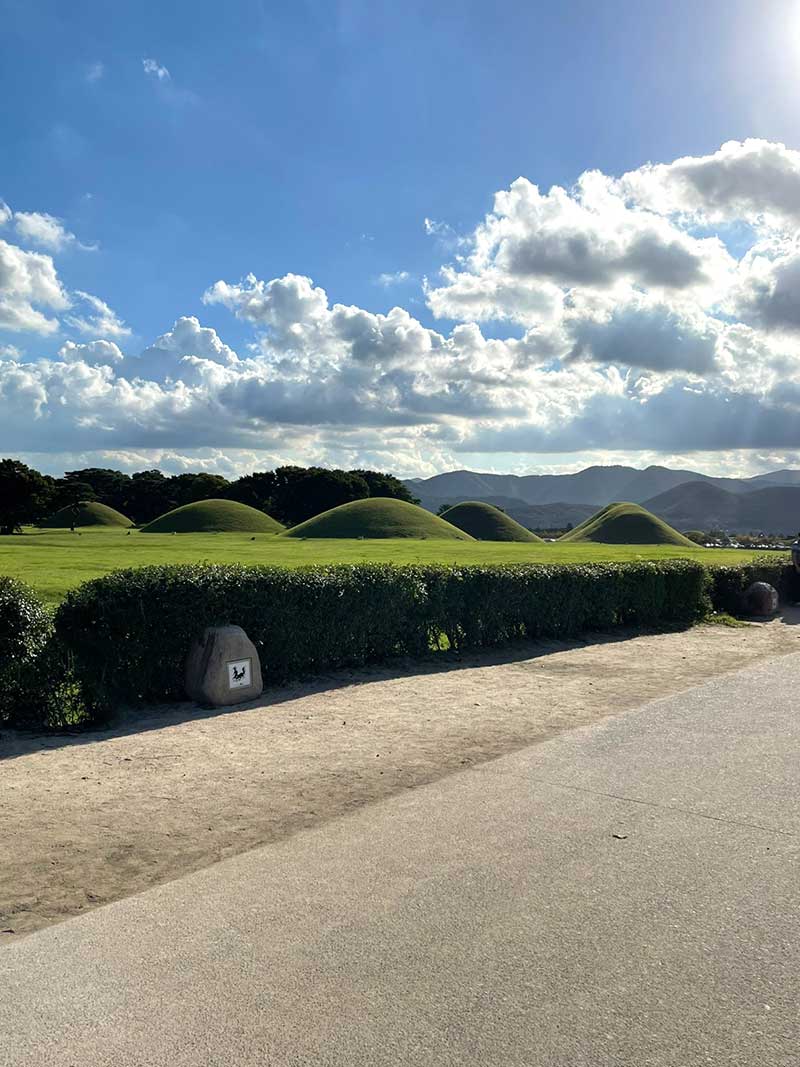 After a day full of Korean culture and history we departed on the way to Pohang where our cruise ship was already waiting. The sea way to Ulleungdo from Pohang is quite far which means we could stay the whole night on the ship! But luckily we got a nice cabin with a bed inside to sleep through the night. 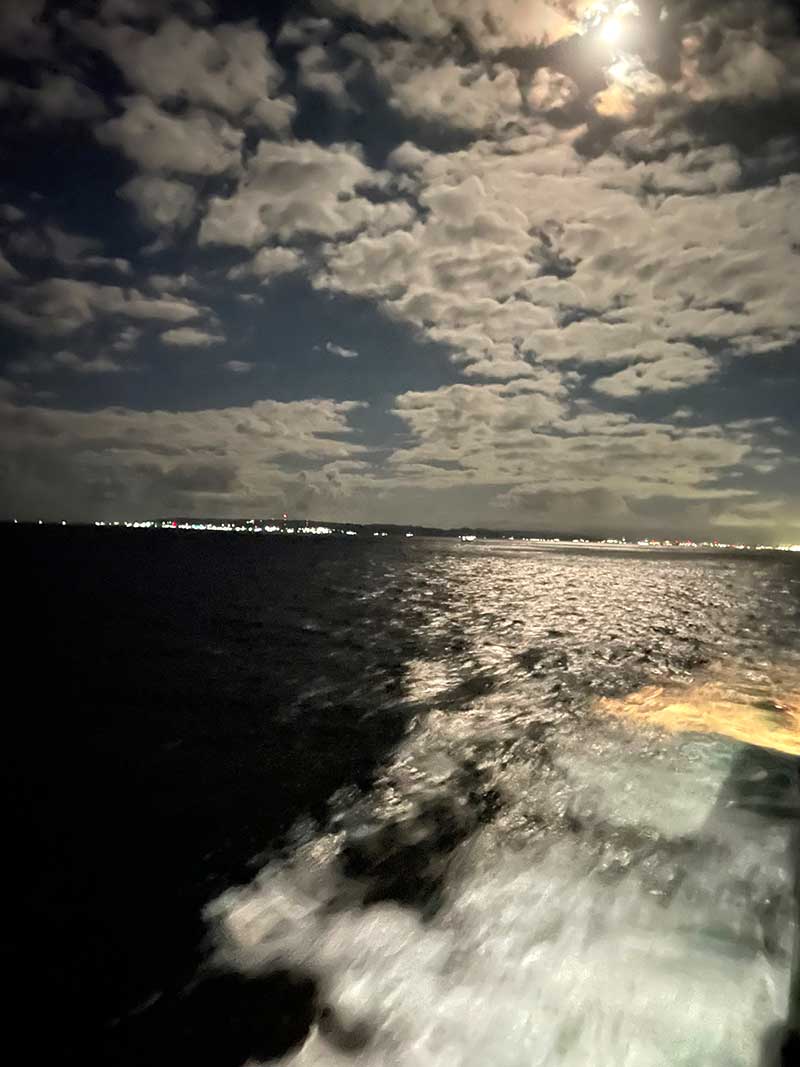 After a smooth ride through the night we finally arrived on Ulleungdo!! 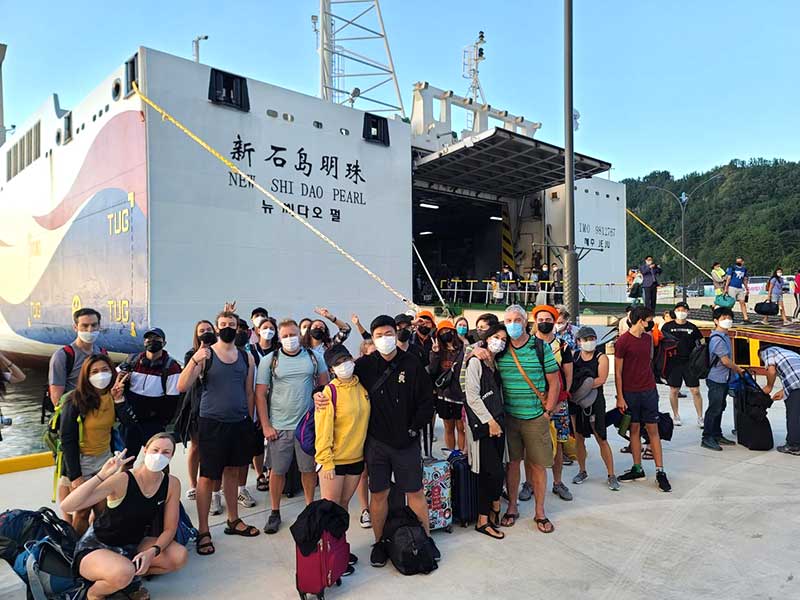 After we arrived at our hotel, we had a bus tour which showed us all the cool places around the island! I was particularly surprised how different the island felt from the other parts in Korea. Ulleungdo has a very rich and close to tropical nature and features a lot of breathtaking rocks.
Those are the most impressive and also famous rocks on Ulleungdo island 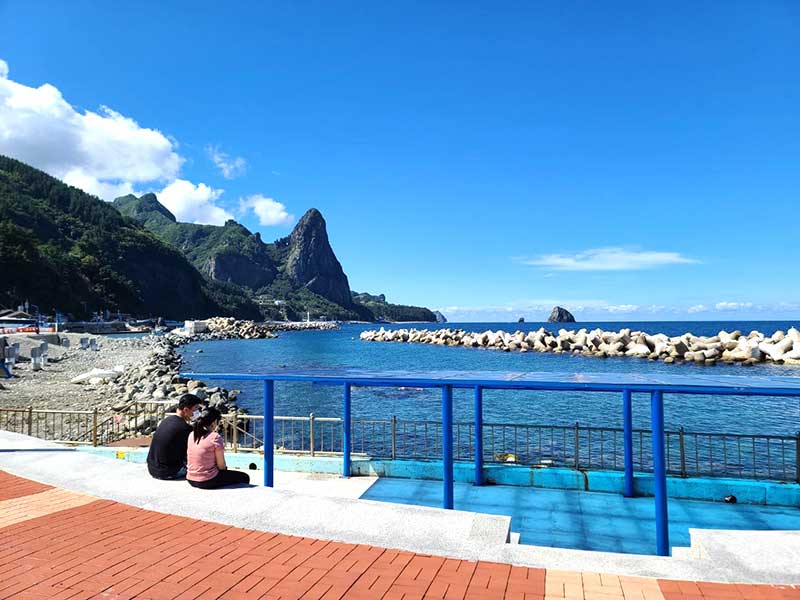 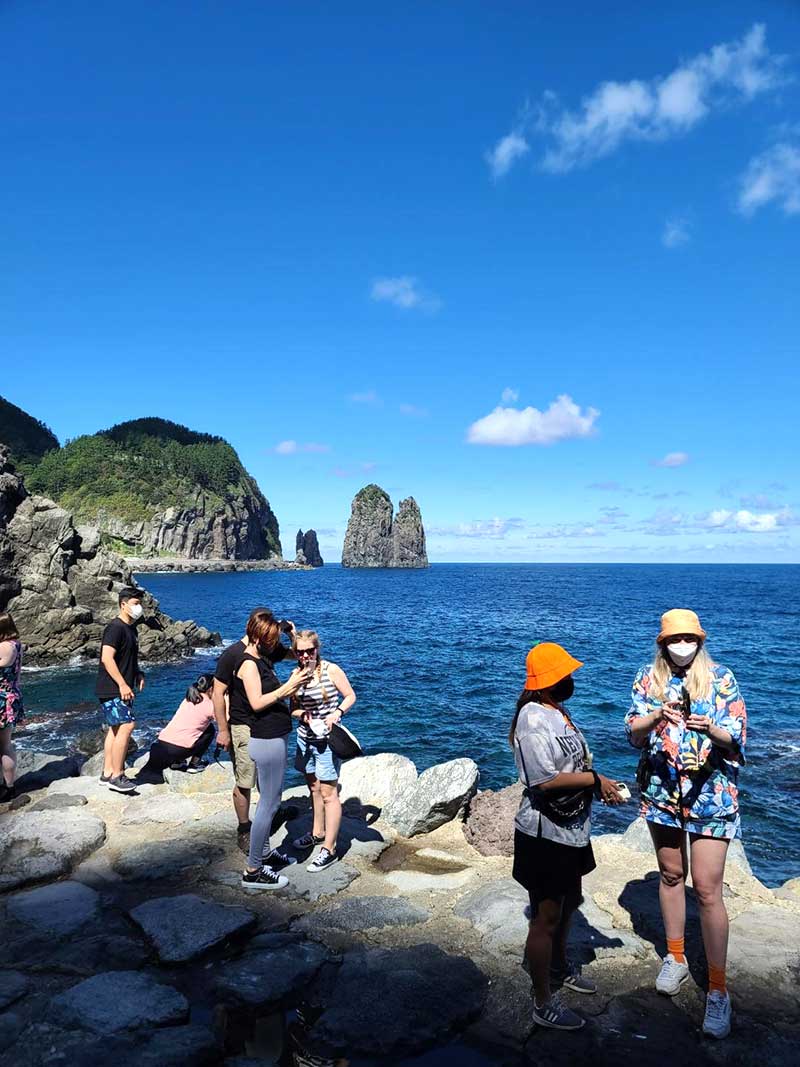 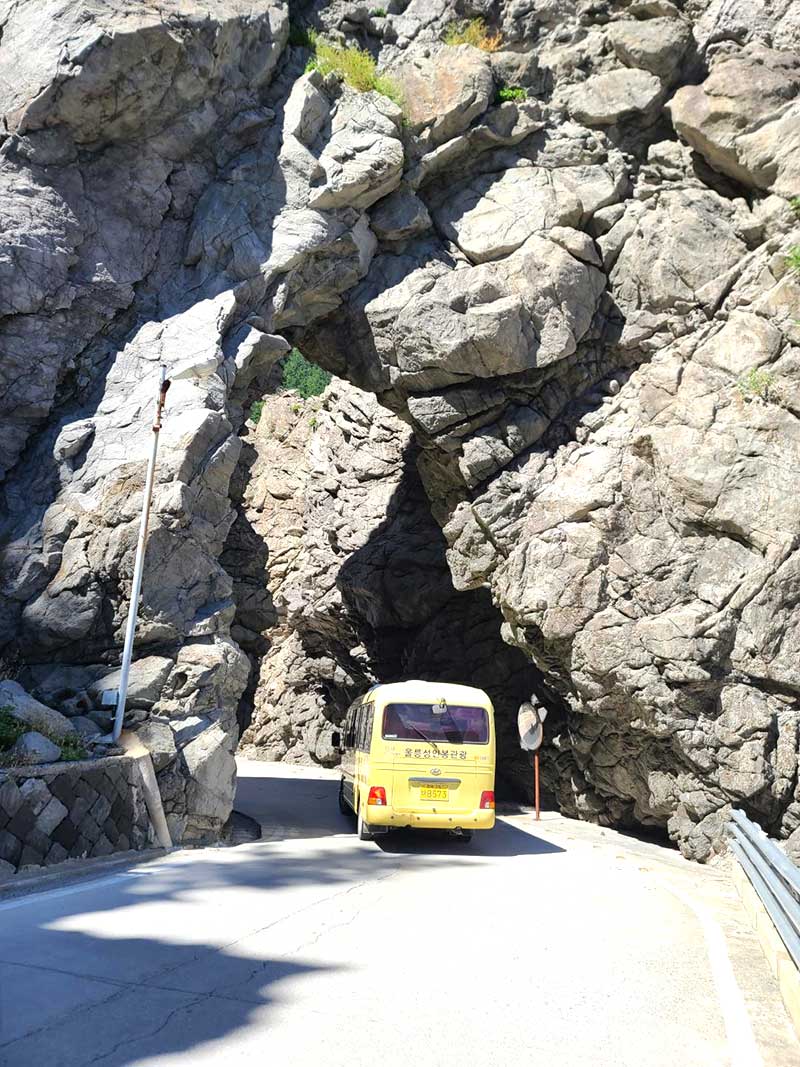 After an exciting bus tour we had the chance to eat a very delicious wild herb bibimbap! 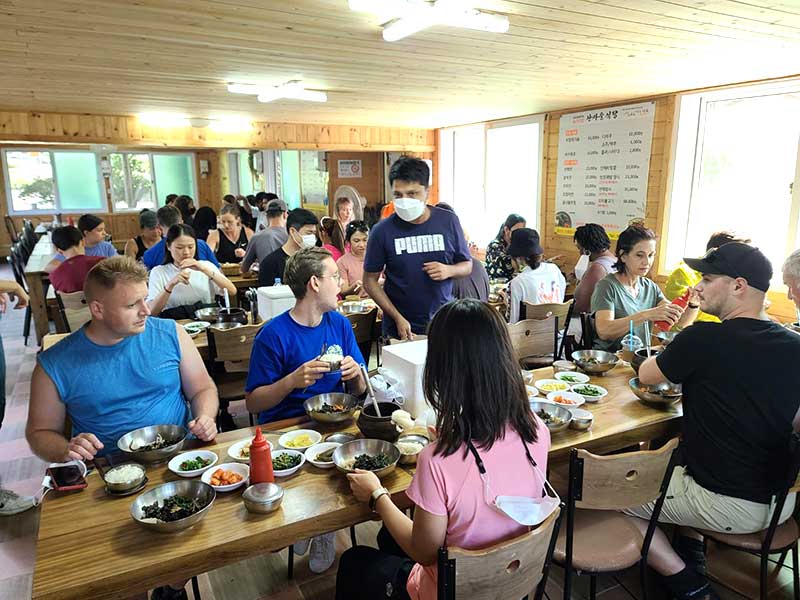 Right after lunch we were ready for an adventurous hike to the top of the highest mountain of the island. It took around 5 hours which was my longest hike I have ever done so far. My legs were jelly but the view at the top was definitely worth it! From the top the island feels straight out of a Jurassic Park movie. 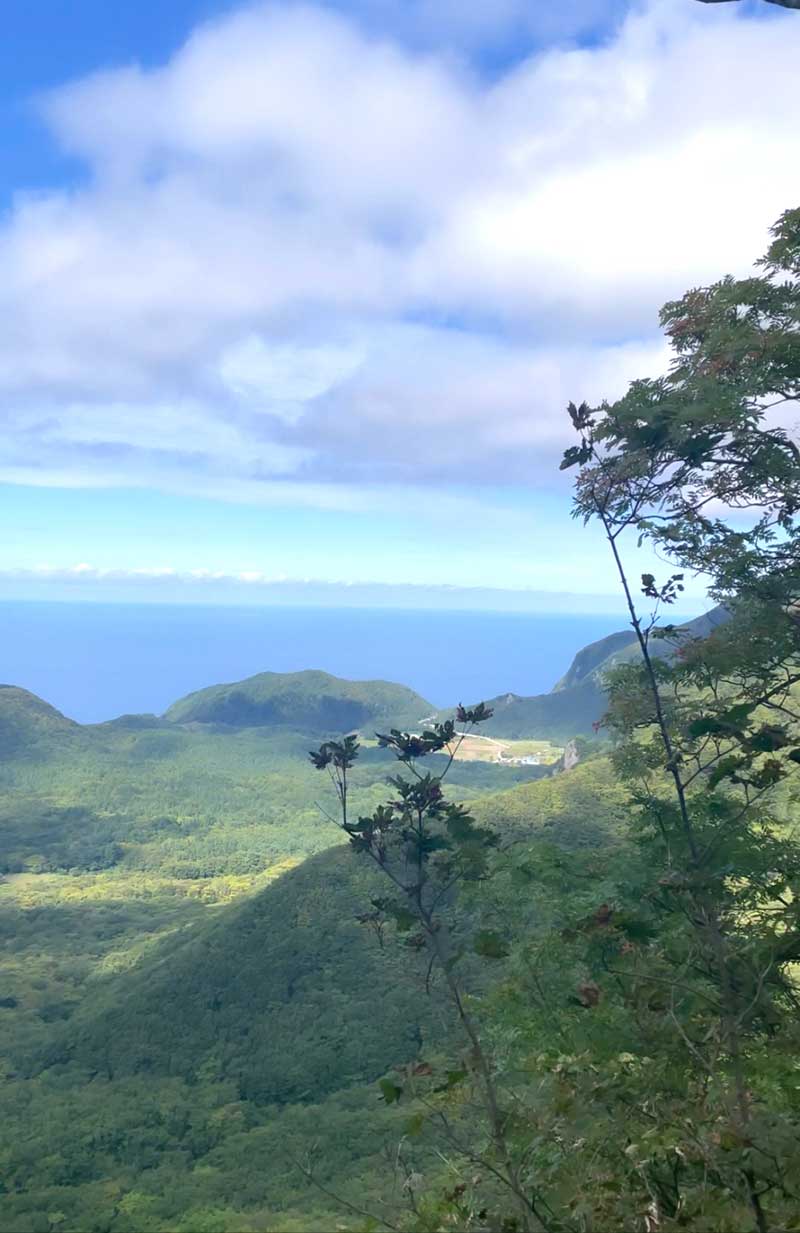 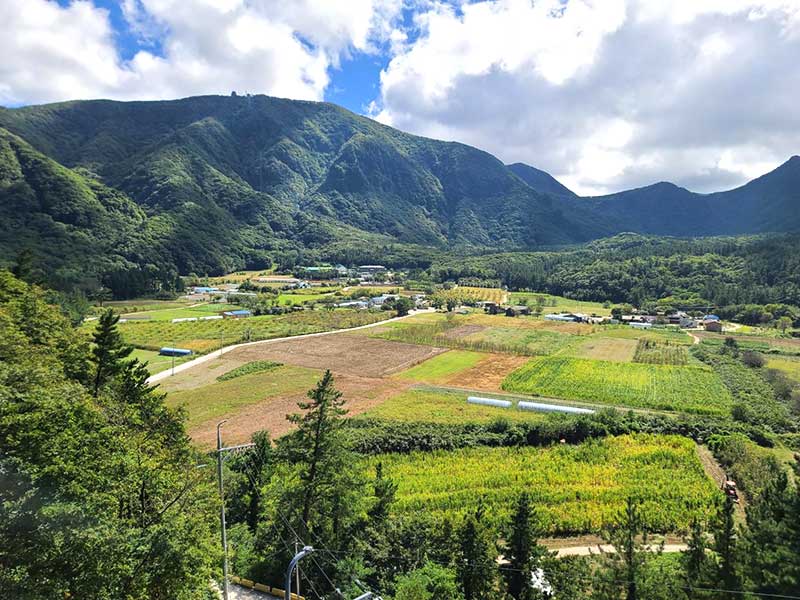 The next day was my personal highlight because I got the rare chance to visit the disputed Dokdo island!! But before we were departing for the island I could cool myself in the crystal clear water by jumping from a 7m high bridge. In the afternoon we finally departed to the port where the ferry was already waiting to take us to Dokdo. We got told that the ride will be very wild so it was recommended to take medicine against sea sickness in advance. Luckily there were a lot of small stores at the port which sold that medicine. 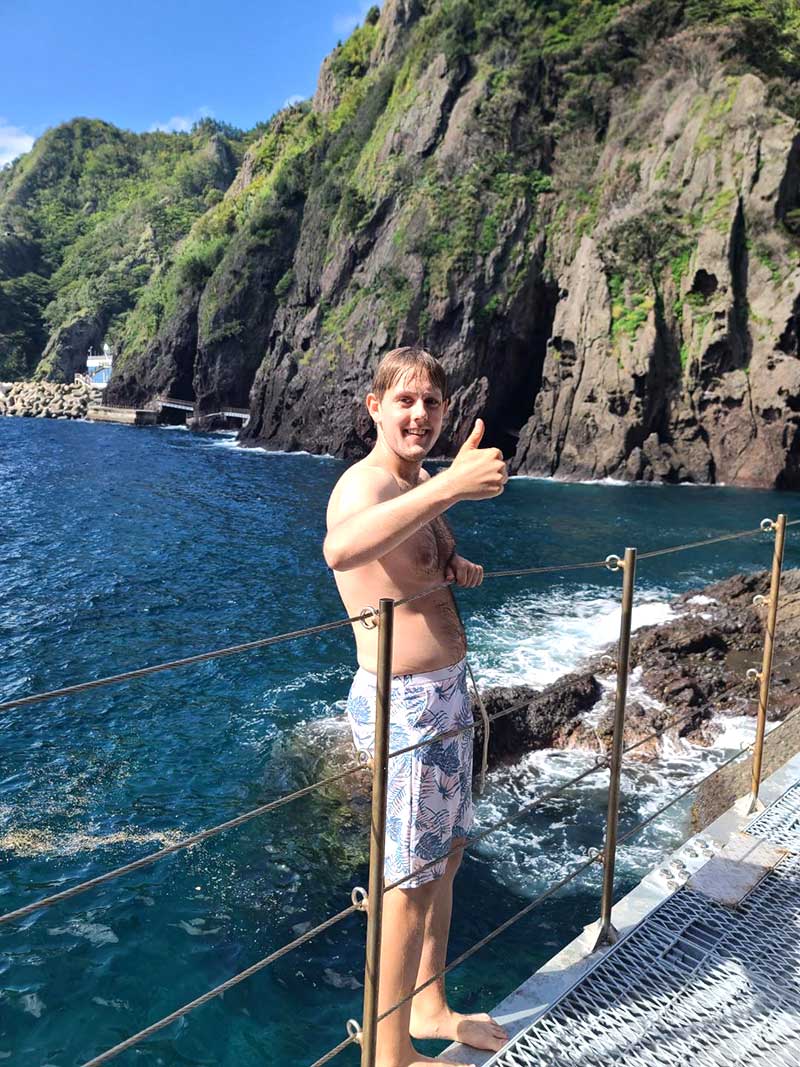 After a 2 hours ride we finally arrived in Dokdo!! We were especially lucky because the weather allowed us to actually land on the island which is a quite rare occasion. It was amazing to see the island for the first time with my own eyes! After leaving the ferry I took as many pictures as possible. After 20 minutes we were told to board the ship back to Ulleungdo because of weather conditions.

The next day we were departing back to the mainland and to Seoul. I really had an amazing time and made a lot of friends during the 3 days! I can tell it was one of my best and most adventurous trips I took so far. If you have the chance to go to Ulleungdo island I would strongly recommend going!