Top 3 markets you must visit in Seoul

I went into Seoul to have a look at the big assortment of markets that Seoul city has to offer! From food markets to fashion markets, you name it and Seoul has it to offer! I tried to find all different kinds of markets to make it as interesting as possible for anyone who wants to visit cool places in Seoul! Here is a rundown of how it went down, enjoy!

The Food section of the Gwangjang market is awesome! I actually liked this market the most out of all the markets that I visited. The atmosphere is amazing and the market stands are very cozy looking. For food lovers, there is literally everything there that you will need!! I’m talking about fresh fish, meat and there is also a big variety of fruits! I personally really enjoyed these potato pancakes (Gamjajeon), a lot of the stalls sold them, which surprised me since I had never seen them in Korea before I went to the Gwangjang market and they looked and tasted incredible! If you happen to visit this market I would highly recommend trying this snack. It’s awesome!

Opening hours: The majority of the market is open from 8:30 a.m. to 6 p.m. daily, however certain eateries are open later and some are closed on Sunday.

Address: 88 Changgyeonggung-ro, Jongno-gu, Seoul.
How to Get There: To get to the market, take the Metro to Jongno-5 station and exit at Exit 9 or 8, which will take you directly to the market’s entrance. 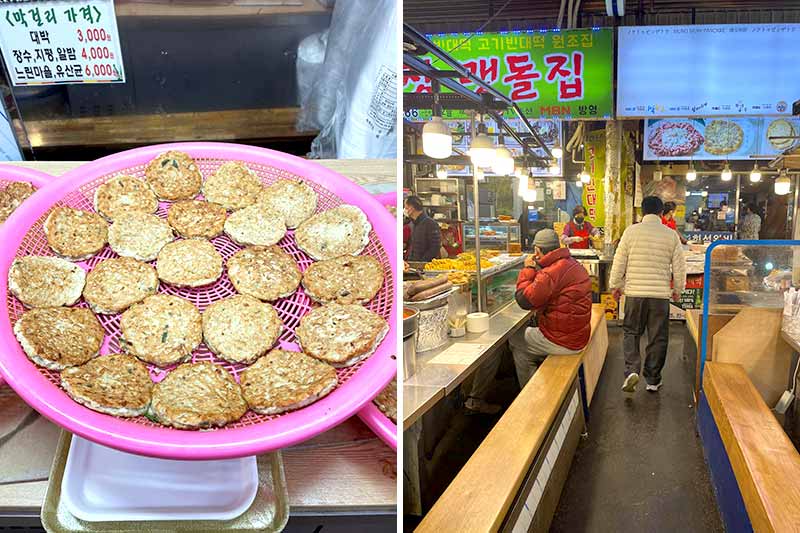 The Japanese took over operation of the market in 1922, but after the market was liberated in 1945, traders formed the Namdaemun Merchant Organization and took over management. Efforts to rebuild continued in the years that followed, but flames ravaged the market again in 1968 and 1975. The city of Seoul announced plans to restore the market in 2007, and the work was completed in 2010.

Namdaemun market is Seoul’s biggest market and it has everything that you can imagine a market has to offer! Food, clothes, souvenirs. The stalls and shops sell most products at very reasonable prices and I was surprised by the amount of small shops that were there! The shop owners I saw were very friendly and waved or said Hi to me, I felt really comfortable there 🙂 The fun thing about Namdaemun market is that it’s also open during night hours, but unfortunately I wasn’t there during this time, I really would’ve loved to see the night view of the market. I would recommend going to Namdaemun market to any foreigner who wants to just walk around and look at many different kinds of stalls and have a fun mid day activity! 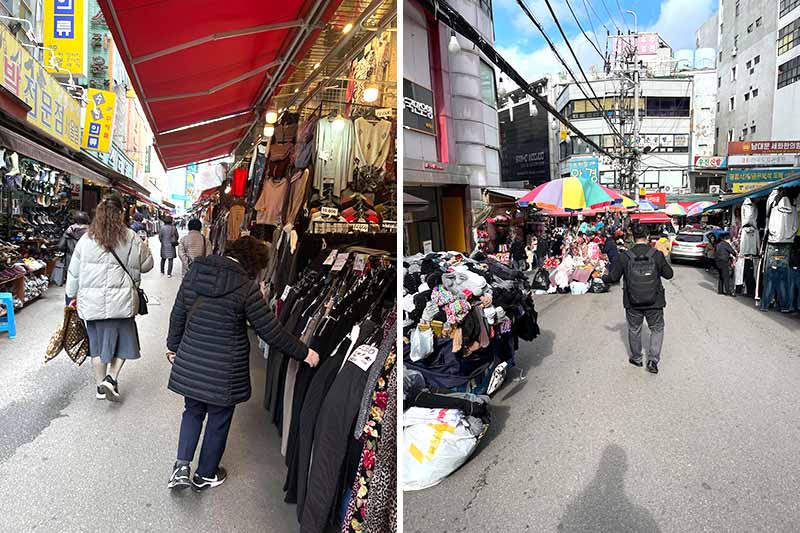 Dongdaemun Market is located near the Dongdaemun neighborhood from which it gets its name. The market is organized into five retail districts—A, B, C, D, and a shopping town—each having 26 shopping malls spread across ten blocks, 30,000 specialty stores, and 50,000 manufacturers.

Dongdaemun market was first established in July 1905 at Yeji-dong, which means “a neighborhood for studying politeness,” hence the market was initially known as Baeugaejang (, “market for learning”). It was also known as Gwangjang Market since a corporation of the same name was established to administer the market.

Until the Korean War, when it was entirely destroyed, the market was housed in a closed building. It was gradually reconstructed throughout the years, and in 1959, a structure was built and the market was reopened. Large retail malls such as Geopyeong Freya, Migliore, and Doosan Tower were erected in the region in 1998 and 1999, and the old market was rebuilt with a modern ambience.

Dongdaemun is originally very well known for its night market. The place attracts tons of people who are shopping or sightseeing everyday!  Like Namdaemun market, Dongdaemun market sells a wide variety of products but unlike Namdaemun market, it’s actually open 24 hours a day! I really enjoyed Dongdaemun market, mainly because it’s very busy and energetic! There are so many different places to visit on the market that you will be busy all day. I enjoyed the fashion part of the market a lot. They have literally everything you need for a successful shopping day! I browsed for sweaters and a winter jacket mainly, since it will be very cold soon!! In general, I would say that Dongdaemun market is worth the visit for anyone who is looking for a fun day out or if you are in need of some new clothes! 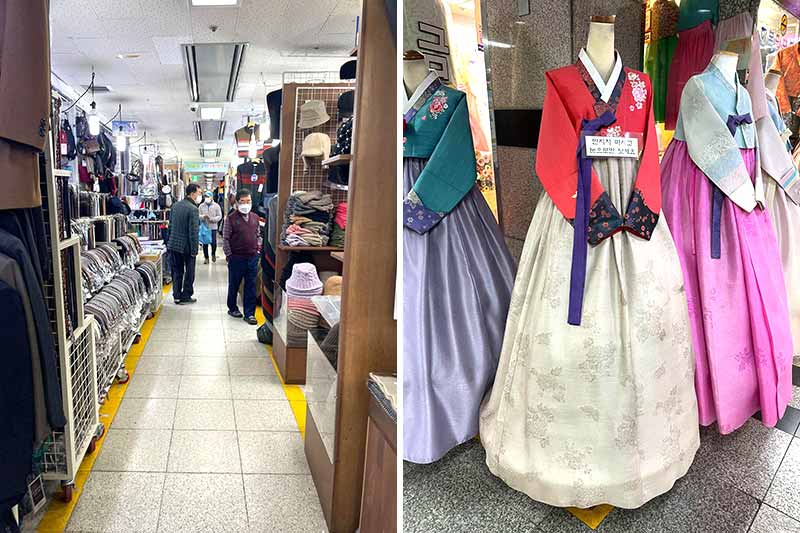